Tooth Whitener Pulled from Amazon because It Contained Banned Chemical 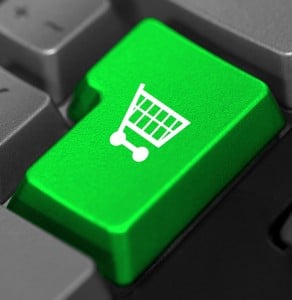 Last week, Amazon withdrew a bestselling home teeth whitening kit because it contained a chemical banned in the European Union. News outlets reported that the kit had been listed at the number one position for teeth whitening, and had review from more than 800 people, averaging 4.5 out of 5 stars.

Although it’s hard to say how important it was to pull this particular whitener, the story does remind us that it can be hard to determine what’s in over-the-counter whiteners you buy, which means that you could end up exposing yourself to serious potential harms when you purchase and use these kits. Professional teeth whitening protects your teeth and your health from dangers linked to home whitening kits, while helping you to achieve better results.

The Compound in Question

The pulled kit, Harvey & Coco Smile Rehab teeth whitening kit, listed sodium perborate monohydrate among its ingredients. This used to be a very common compound in whitening kits offered over-the-counter or used in places other than the dentist’s office. Then in 2010, the EU banned the substance from all cosmetics, classifying it as CMR (carcinogenic, mutagenic, or toxic for reproduction).

In the case of sodium perborate, the problem is reproductive toxicity. Studies in animals have shown that exposure to 25 mg of boron per day per kilogram of body weight could lead to fetal development problems. That’s the equivalent of about 1/14th of an ounce per day for the average woman in the US. The most common malformations related to boron exposure was deformation of the brain’s fluid structures, followed by deformation of the ribs or failure to generate the final rib. The eyes and cardiovascular system could also be affected, and boron exposure led to reduced birth weight.

These are results from animal testing. Human reproductive harms have not been documented.

There’s an irony to Amazon’s action. Harvey & Coco used this compound in this teeth whitener so they could advertise it as being “peroxide free.”And, technically, it was. However, sodium perborate works as a whitener because when it’s exposed to water, it turns into boric acid and peroxide. So, using this whitener wouldn’t actually keep you from being exposed to peroxide, if that was your concern. Instead, you would still get your peroxide exposure, with the addition of boric acid to boot.

This is actually a common phenomenon among merchants targeting holistic dentistry. They will attempt to tell you something is free of something that you know is harmful, not revealing that their product either produces that substance or contains something just as harmful if not more so.

It is worth our time to consider whether peroxide whitening is safe. The short answer is: yes, if done properly. Some people are concerned about the systemic toxicity of peroxide, but the exposure level during whitening isn’t enough to cause harm. There are four concerns linked to home teeth whitening:

All of these concerns can be mitigated by working with a dentist for your teeth whitening.

Tooth sensitivity is a side effect that can impact as much as 50% of people getting teeth whitening. However, we can work with whiteners that have additives to reduce or eliminate sensitivity.

Peroxide whitening can remove minerals from your enamel. The body has mechanisms to replace lost minerals, but it’s important not to overwhelm those mechanisms by trying to whiten too intensely. Always follow instructions for whitening your teeth. Never combine whitening products except as instructed by a dentist. Whiteners that might be safe for use individually can combine to cause enamel damage. Working with a dentist lets them monitor your teeth for damage so you know you’re not overdoing it.

Peroxide whiteners can irritate or even burn your gums. Many home products increase the risk of gum exposure: whitening strips and poorly fitting whitening trays are the biggest risks. During in-office whitening, we protect your gums from exposure, and we can make custom trays that fit tightly, creating a seal to keep whiteners on your teeth, not your gums.

Dentistry You Can Trust

Whenever you purchase a product to attempt to take care of your teeth without talking to a dentist about it, you might be putting your teeth and your health at risk. We believe that professional teeth whitening is the best way to whiten your teeth: it’s effective and safe. But we can also help guide you to products that you can use at home and are equally safe.

We can also help you find quality fluoride-free toothpastes and mouth rinses, as well as other oral care products that are good for your health and can help you avoid allergens and toxins.

If you are looking for a brighter smile in Rochester, NY, or want some help finding the best oral hygiene products for you, please call (585) 244-3337 today for an appointment with a cosmetic dentist at Contemporary Dentistry.