Are Vitamin Deficiencies the Secret Cause of Migraines? 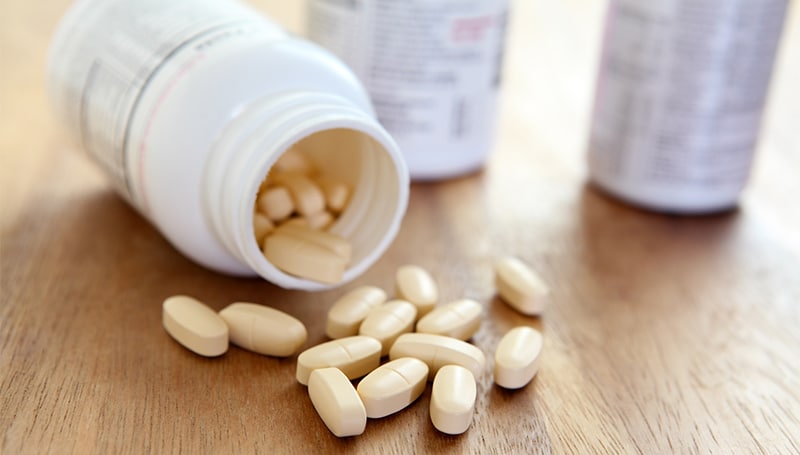 Can Vitamin Deficiency Cause Migraines?

It seems like such a simple answer, but it’s what researchers suggested when they presented their data to the 58th Annual Scientific of the American Headache Society. They have proposed that vitamin supplements might be the secret to preventing and treating migraines.

To support their theory, researchers drew from nutrient measurements taken from the blood of young adults, teens, and children seeking treatment for headaches. Researchers looked at four key nutrients: vitamin D, riboflavin (vitamin B-2), folate (B-9), and CoQ10, an antioxidant that is vital to cell function.

Researchers found that nutrient deficiencies were common for those with migraines. They discovered that all four vitamins showed deficiencies. More than two-thirds of those tested (68%) showed low vitamin D. About 15% of teens had riboflavin levels below the recommended, and 40% were at levels where doctors recommend supplementation. Nearly two-thirds (64%) tested low for folate, and 30% tested below the lower reference limit for CoQ10.

Although these may seem like promising connections, there are many reasons why we wouldn’t want to take this research too seriously yet.

Most importantly, we have to remember that this study hasn’t passed peer review yet. When researchers present at a scientific conference, it is nothing more than an interesting observation. The only assumption is that it showcases reliable data and performs basic analytics.

However, many potential errors may exist in the research. For example, we don’t know in this study whether the low vitamin levels are statistically significant. We’re also not sure that researchers didn’t select a population that might be expected to have low nutrient levels.

For this reason, we need to wait before we put too much faith in these results.

Deviations Not That Extreme

We also need to remember that although the above levels of nutrient shortage sound significant on their own, they have to be taken into context with the general existence of low nutrient levels in the overall population. Various studies have indicated that the 40% low riboflavin levels cited in this study are likely comparable to the population at large.

And for vitamin D, the levels may be likely below the national average. Some research suggests that up to 77% of Americans have low vitamin D levels, so it shouldn’t seem significant that 68% of people with headaches were found to have low vitamin D.

Most importantly, we need to remember that this is not the first time researchers have looked at vitamin levels as a possible cause or contributor to migraines. There’s been enough research done on vitamin D for people to conclude that there is no link between the nutrient and migraines. There is little support for other nutrients cited in this stud, as well.

Overall, this leads us to conclude that vitamin deficiency can’t be a major contributor to migraines for many people.

One Part of a Complex Puzzle

All of this is not to say that vitamins don’t have a role to play in your migraines. Migraines are a complex condition that likely has many contributing factors. Doctors should explore all possibilities including nutrient deficiencies to try to ease the burden of migraines.

One important contributing cause that many people overlook is temporomandibular joint disorders (TMJ), which can cause muscle tension and nerve pressure that contribute to the frequency and intensity of migraines. Unfortunately taking vitamins for TMJ won’t treat you. You will need TMJ treatment instead. It can help many people who aren’t getting good results from their current migraine therapy.

Want to learn whether TMJ treatment can help with your migraines in Rochester, NY? Please call (585) 244-3337 for an appointment with a TMJ dentist at Contemporary Dentistry.