The Mutations That Made Us Smile

Researchers think they’ve tracked down the genetic changes that made modern humans such a friendly lot. In the past, researchers have noted that a combination of physical and psychological traits seems to differentiate modern humans from our near-modern human ancestors, like Neanderthals and Denisovians. This includes changes in the structure of the skull, making smaller teeth and flatter faces, giving us the facial structure we know and love. At the same time, humans changed to congregate together in larger and larger social groups.

Now researchers think they’ve linked these two changes together in a particular genetic locus, partly by looking at the genes linked to Williams-Beuren syndrome (WBS). They also believe these changes help support the theory of “self-domestication.” 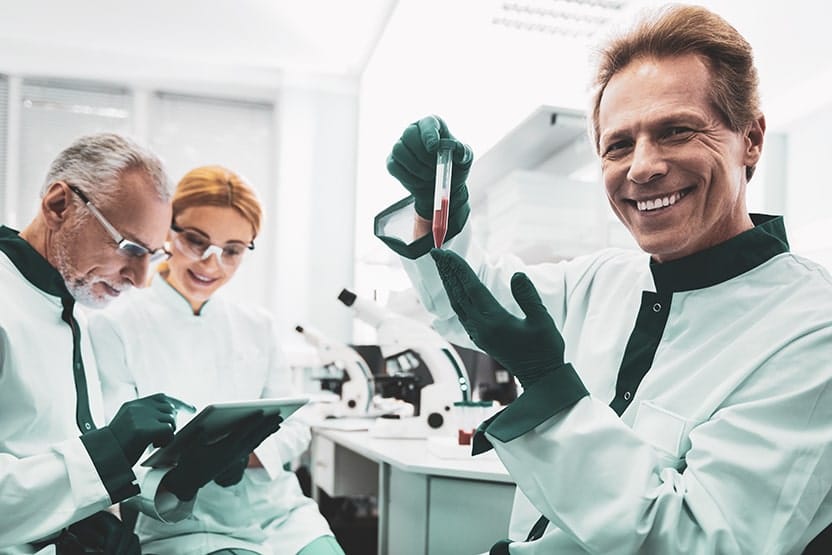 What Is Williams-Beuren Syndrome?

Why would researchers look at a genetic location linked to WBS? They decided to do this because the syndrome combines both physical and psychological characteristics that are associated with this change. They have specific facial changes that mimic the transition from Neanderthals, specifically changes to the nose, philtrum (the area between the nose and upper lip), and the front of the jaw. Among the effects of WBS are small teeth and a wide mouth.

In addition, people with WBS are noted for having personalities that are friendly, outgoing, and talkative. Some children with this disorder may develop language and vocabulary at an accelerated pace.

Researchers started to look at the gene locus BAZ1B, which has previously been associated both with WBS and with facial and behavioral changes that occurred during the domestication of dogs. Looking at this gene, they found that there was a high number of mutations that resulted in long-term changes to the human genome in this population. These genetic changes were linked to the changing characteristics in human population.

Researchers say that these changes support the “self-domestication” hypothesis. This hypothesis states that humans changed to become modern in part because we started selecting mates that were less aggressive and more social, including those that were better at making non-threatening, even submissive, expressions, such as smiling.

Your Smile Is Part of What Makes You Human

This research reminds us that smiling is more than just an expression. It’s something our bodies have evolved to be able to do, in part because it plays such a vital role in human societies. People smile in virtually all social situations, and our smile is how we are known. Smiling faces are easier to remember than nonsmiling faces, and they’re associated with many positive characteristics.

So it’s important to take care of your smile. A smile isn’t just an appearance or an affectation, it’s a fundamental part of being human. It’s one of the key differentiators that helped us to survive when all our close relatives have perished. And, of course, we know that smiles are even more important in America.

So, if you’re unhappy with your smile and want to improve it, don’t hesitate. You know how important your smile is and how much it can affect your life. To learn more about your options for improving your smile with cosmetic dentistry in Rochester, please call (585) 244-3337 today for an appointment with a cosmetic dentist at Contemporary Dentistry.