Gum disease is the leading cause of tooth loss among adults in the US. What most people don’t understand is that tooth loss is only partly caused by bacteria infecting the gums. Another part of it is the body’s immune response to bacterial infection.

The body’s response to gum disease only makes evolutionary sense if gum disease is actually a very serious, potentially deadly condition. As the evidence builds up, we find evidence that it’s true. This reminds us that we have to take gum disease seriously, starting with proper prevention and using treatment when the first symptoms appear to help you deal with the condition. 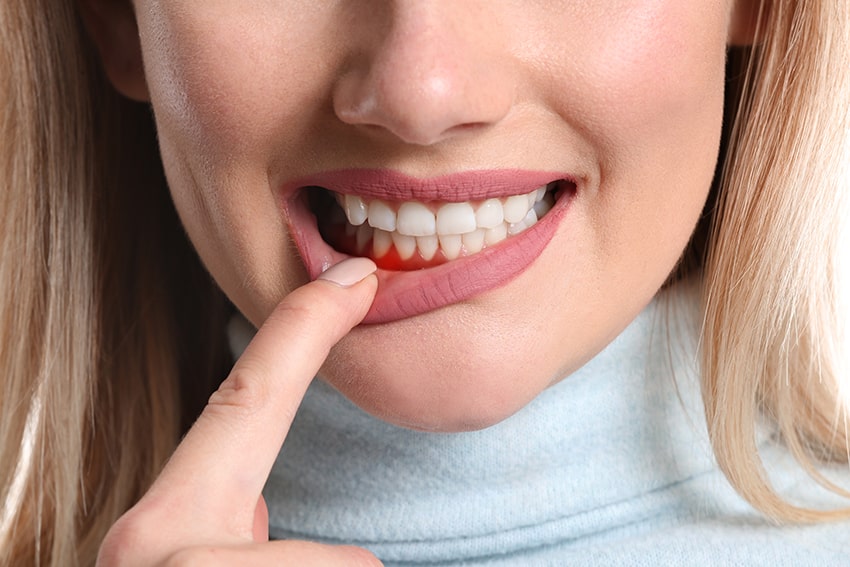 However, the major damage to the bones is done not by bacteria, but by the body’s own immune response. As the infection becomes more serious, the body deploys an aggressive strategy to kill oral bacteria that is effective at controlling the infection, but also leads to significant bone loss. And it’s this bone loss that usually causes tooth loss.

An Evolutionary Perspective on Gum Disease

From an evolutionary standpoint, it makes even less sense. Teeth are very expensive structures to produce: they require appropriate nutrition and extensive time to develop (your adult teeth start forming 20 weeks after conception). Teeth are worth it because they are critical to survival. For many species, life span is determined by their supply of teeth. If they’re out of teeth, they’re out of time.

So having this destructive immune system response to gum disease would only be adaptive if having gum disease is worse than not having teeth. As hard as it might be to accept, the science shows that might just be the case.

What are the deadly consequences of gum disease? This is, admittedly, a developing area, but science has linked gum disease to many deadly health conditions, including:

The gums make an ideal starting spot for infecting the body. Food, water, and breath come through the mouth, helping to carry bacteria deeper into the body. Inhaled oral bacteria can contribute to developing pneumonia. In addition, bleeding gums let bacteria invade the blood directly. The blood takes bacteria throughout the body. It can colonize the heart and the blood vessels near the heart. Bacteria can be a major part of arterial plaque, and when this plaque breaks off, it can cause a stroke. While blood infection from gum disease is relatively rare, it does happen. Chronic inflammation contributes to kidney dysfunction, dementia, and cancer, all of which have risk increased by the presence of gum disease. We don’t always know there’s a causative link, but science is strengthening the case all the time.

So when it comes to gum disease, we should anticipate the body’s response, and take treatment seriously before the body has to intervene, because none of us want to experience the consequences of that.

Have Gum Disease in Rochester?

If you have or suspect you have gum disease in or around Rochester, NY, we can help. We offer minimally invasive, holistic gum disease treatment as appropriate. We have a periodontist on staff and can treat even the most serious cases of gum disease.

To learn how we can help you avoid the consequences of gum disease, please call (585) 244-3337 today for an appointment with a dentist at Contemporary Dentistry in Rochester, NY.