How Many Americans Actually Floss Their Teeth?

There are a few things that Americans generally do not like: paying taxes, going to the DMV, and flossing their teeth. Despite all of the evidence indicating that flossing is key to good dental health, and of course the urgings of their dentist, flossing is consistently viewed as more of a nuisance than anything. We understand that flossing is not the most comfortable thing in the world, but it should become a regular part of your dental regiment.

Duong T. Nguyen, an epidemiologist from the Centers for Disease Control was curious about how many Americans actually floss their teeth regularly and found that the answer is actually split in three different ways. 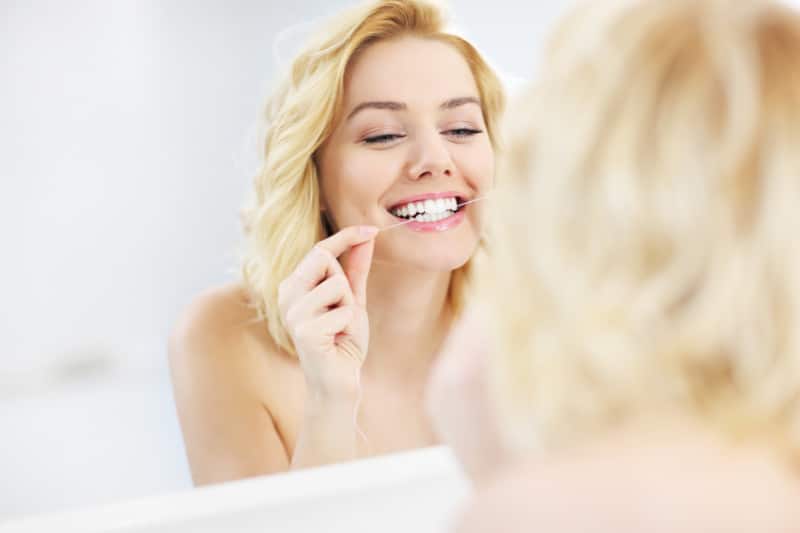 Looking at the Numbers

Amazingly, no one has actually taken the time to fully analyze flossing habits in the United States. Fortunately, Nguyen was also involved with the National Health and Nutrition Examination Survey (NHANES) which is a peek at our nation’s health habits based on interviews and examinations of 5,000 individuals. Importantly, part of the survey had questions about flossing habits.

Nguyen and his team looked at responses from 9,056 adults age 30 years and up between the years 2009 and 2012. His team then analyzed the results, breaking down the data by age, sex, race, and income and poverty level.

They found that overall 30% of those surveyed responded that they floss daily, 37% floss but not daily, and 32% never floss. Men floss less frequently than women, with 39% of men saying that they never floss compared to just 27% of women. 45% of people 75 years or older report never flossing compared to 31% of those aged 30 to 44 years of age.

Aside from eliminating smoking and chewing tobacco use, flossing once per day is one of the best ways to prevent gum disease. Not only does it help remove food debris and plaque, but it also strengthens your gums and increases gingival blood flow.

Brushing and flossing, while essential to maintaining dental health, is not enough on their own. You should also make it a habit to regularly visit your dentist. Not only will a good dentist keep your teeth cleaner than you can at home, but they will also be able to catch conditions such as tooth decay, gum disease, or detect oral cancer in its earliest stages before they become major issues.

If you live in the Rochester, NY area and are looking for a fantastic dentist, why not give our dentists at Contemporary Dentistry a try? Give us a call at (585) 244-3337 to schedule an appointment today.